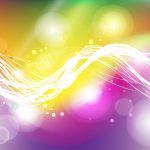 Ajna Chakra is located in the middle of the forehead, in between the brows.

“The person who concentrates intensely on this chakra gradually destroys all negative effects of his past actions, from this life and from the previous lives.  He obtains the eight great paranormal capacities and the thirty two minor ones.”
Swami Shivananda

Chakra Functions When Activated:
Ability to be intuitive
Increased Awareness – Perceive things before others and create an advantage
Increased ability to influence an outcome.
Developed ESP